we do CARE a little differently

We’re a family-owned franchise boutique located in the heart of the Fort Worth Area.

We believe it’s time the in-home care experience became more personalized, positive, and powerful. We
bring our own family’s experience as well as the smartest tech to the process of widening your care circle.

To promote independence and desired lifestyle by providing a personalized care experience with dedicated and compassionate caregivers that make aging at home comfortable, safe, and connected.

Care that empowers families and loved ones to enjoy more shared moments together at home.

a new kind of CARE

We believe in care that serves and supports the whole human person as well as their immediate community. We believe that thoughtful, personalized care has the power to not only maintain but also enrich anyone’s quality of life, no matter what changes they’re facing.

And we believe that care is a two-way street. Our caregivers are true professionals, called to serve others in ways that aren’t traditionally honored or praised by the world as we know it. We recognize their gifts and we support their potential with world-class training and career opportunities.

how we’re making it happen

We leverage the best tech to make bookings, reviews, and payments easier than ever.

Our caregivers are dedicated, highly-trained individuals with constant access to new safety trainings and techniques

We’re here to serve the client’s whole family in the way that’s right for them.

We celebrate and support Fort Worth residents of all life stages and styles. 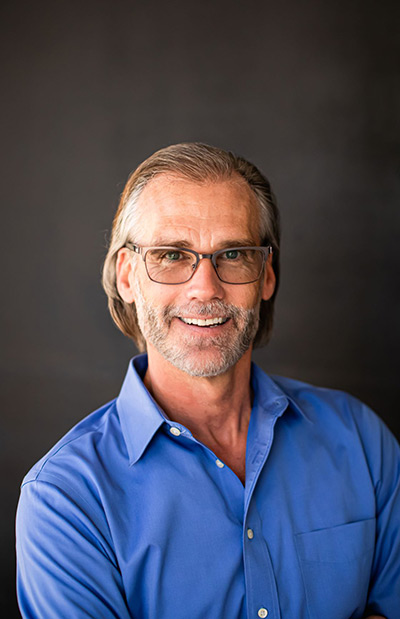 My name is Marty Baylor.  I wasn’t born in Texas but as the old saying goes…I got here as fast as I could.  I was born and raised in a small farming community in central Illinois called Farmington.  Population of about 3,000 people and a fairly tight-knit community.  I received my bachelor of science degree in accounting from Illinois State University in 1985.  I met my future wife, Kelly, my first day of college and we have been together ever since.  After college, Kelly and I married and moved to Texas.  I started working for the University of Texas at Dallas and we had our one and only child, Ashley, in 1987.

I continued working for various institutions under The University of Texas System and Texas A&M University System in business administration for the next 31 years of my career.  I started in internal auditing and moved into student registration, financial accounting and finally an Executive Vice President for Finance/Chief Financial Officer for the University of Texas Rio Grande Valley.  I was able to gain excellent work experiences while moving up the work ladder and got to know many wonderful people in the process.  Many of which continue to be close friends.

Early life changed quickly when Kelly suffered a major stroke and spent the two months after Ashley’s second birthday recovering in the hospital and rehabilitation facilities.  This was a huge shock to our family life.  After five or so years of recovery, Kelly was finally able to go back to work only to suffer another major stroke years later. This was another great set back for Kelly and our family.  She was never able to return to work after this second event.  While recovering from her second stroke, she was diagnosed with breast cancer.  After surgery and months of treatment, she was able to beat her cancer diagnosis. It wasn’t her final health battle but she has successfully overcome many serious health issues over our 34 years together. These years of helping Kelly deal with the myriad of health issues has had a profound effect on our lives.

After retiring in August of 2016, we moved to Fort Worth to be close to our daughter and her family.  Ashley had married Clayton Smith in 2012 and they had three children.  Hudson born in 2013, the twins, Cooper and Beau, born in 2016 and a little girl due in July.  Over the past several years, we have help care for the boys and hang out as much as possible. It has been very cool to be a part of the kids lives on a daily basis.

Clayton and I have spoken often of partnering in a business venture.  It makes complete and total sense that we would end up starting a Home Care/Personal Assistance Service business. My years of experience as a caregiver for my wife has made a complete circle as we begin to create a caregiving environment for families in our community.  We are very excited about ameriCARE Fort Worth and look forward to helping families in north Texas care for their families as we care for ours. 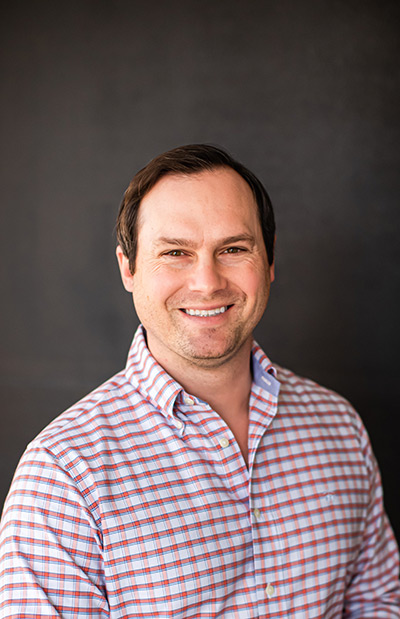 My name is Clayton Smith, and I have lived in North Texas for the past 15 years. My wife, Ashley, and I have three boys (including twins), and a baby girl.

For most of my life, I have watched someone in my family take on the caregiver role to allow a family member to stay in the home where they were the most comfortable. My great grandmother for my great grandfather…then my grandmother for my great grandmother, and my mom and aunts for my grandfather & grandmother. I have seen first-hand how having our loved one’s age at home brings happiness and peace to what can be a stressful, and anxious time in life. This understanding along with Marty’s extensive personal experience with caregiving, played a large role into our family’s decision to found our own family-owned & operated in-home care agency with ameriCARE.

My goal is to be an extension of the family care team by providing high-quality home care for times when family isn’t able to provide all the care needed for their loved ones. Doing so by creating a joyful and safe home environment, where the happiness and comfort of our clients is our top priority.

Before founding ameriCARE Fort Worth, I served the warfighter and taxpayer as an Auditor & Certified Public Accountant (CPA) for the Department of Defense at multiple major defense contractors in Fort Worth. I have always been drawn to efforts that have a great mission behind it, and can’t be more proud to carry out the mission to provide care for others.
I personally believe a big part of a person’s purpose is to be of use to others. I’m excited that part of my purpose will be serving the North Texas community with a service that has such a positive impact in the lives of families, and their loved ones. 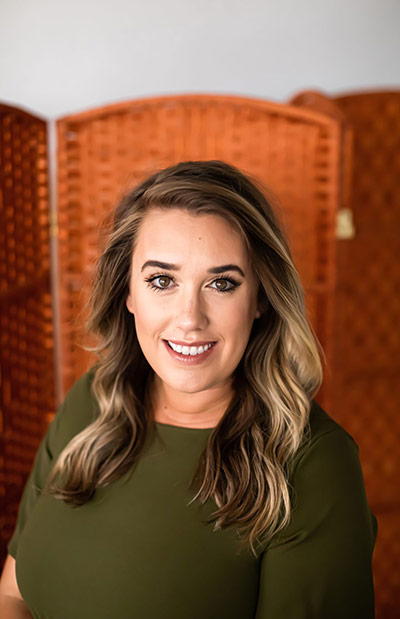 This is a true family business that my dad, Marty, and husband, Clayton, have started to build. It is no surprise they have chosen to pursue an in-home care business in our Fort Worth community, as care has been at the forefront of much of our lives. Kelly, my mom, was a young stroke survivor, among many other health complications throughout her life. I have grown up witnessing and taking part in the caregiver role. I have also been alongside to watch the incredible transformation stroke survivors can experience with the right care, support, and therapies. Our experience drove us to create our Stroke Strong program, a program that is tailored to the specific needs of stroke survivors.

My mom dedicated her working years to children, as a special education teacher. I followed in her footsteps, also becoming a teacher, and earning my master’s degree in Special Education. I have taught general education, special education, & home bound students in my career. Prior to joining ameriCARE full time, I worked as an Educational Diagnostician advocating for students with disabilities in Northwest ISD. I am looking forward to continuing to use my skills to care and advocate, just for a different generation of people.

I am excited to see both my dad and my husband use their incredible compassion, empathy, and eye for detail in providing care for families in our community. 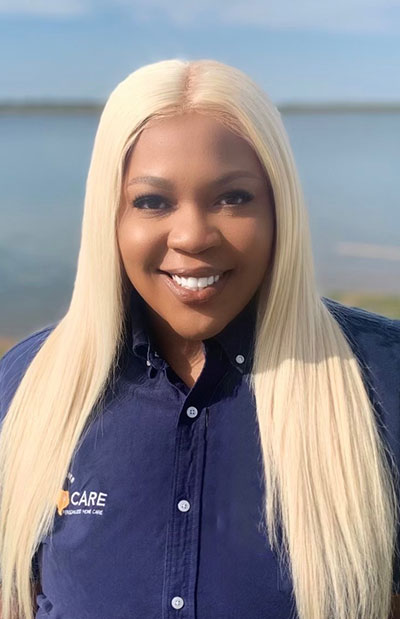 My name is LaTerrika, however everyone calls me T. I was born and raised in Memphis, TN, and recently relocated to Fort Worth as a newlywed. My passion for others started long ago. As a young adult, I aided in the care of my loving Grandmother after a stroke. With the love and help of family and a therapist, she was able to make a full recovery. From that moment, I realized what a gift great healthcare can be. I believe that moment truly planted the seed that has now grown into a passion for patient care. Almost 10 years I fell in love with assisting clients’ daily living. It brings joy to know that even the smallest acts of service can enhance a client’s recovery and or lifespan. I take pride in knowing that my daily good deeds can have a positive impact on a client’s convalescence. I specialize in the aid of hospice, dementia, stroke, and Alzheimer’s cases, and also have experience with clients with developmental disabilities. My mission is to provide comfort and compassion, with exceptional care in the most trying times of our patients and their family’s lives. 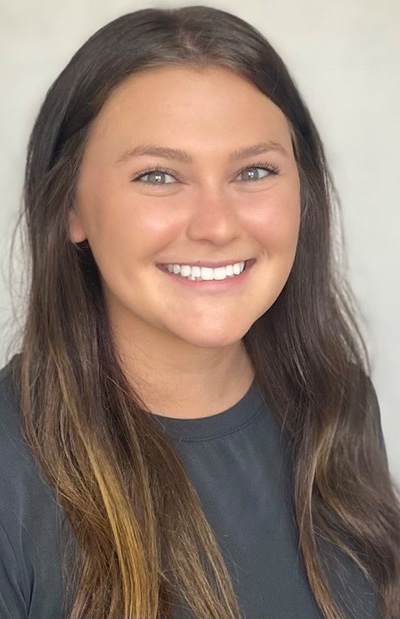 My name is Hannah Graben, and I was born and raised in Justin, Texas. I graduated from Texas A&M University in 2018 with a degree in communications and journalism. I am now back in Fort Worth, and have been teaching special education for 3 years. I am currently pursuing my master’s degree in special education with an educational diagnostician certification. My favorite part of my job is getting to be an advocate for students who can’t advocate for themselves yet.

When I was younger, my great-grandmother had Alzheimer’s and lived with our family, and my mom and dad provided her care until she passed. About 6 years ago, my grandmother began showing signs of dementia. She is one of the best people I know, and has taken me to countless places across the country creating some of my favorite memories. When she was diagnosed with Alzheimer’s, it hit our family hard, especially my dad. This is now his second time to go through having a loved one with dementia. Knowing the toll being a caregiver can take on family members, I want to help make everyone aware of the options they have when it comes to caring for loved ones.

I am so excited to be a part of ameriCARE because I have seen firsthand the difference a great caregiver can make in the rollercoaster of Alzheimer’s. I cannot wait to serve the North Texas community and empower families with the knowledge they need to ensure their loved ones are receiving the best care possible.

learn more about what makes ameriCARE Fort Worth different 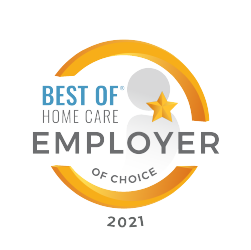 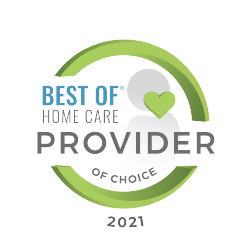 Watch a short video message to learn more about ameriCARE Fort Worth.

ready to make a plan?

Request your complimentary care assessment to get started.